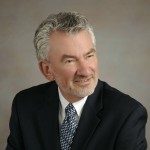 “I’ve been blessed to end my 40-year career in the nonprofit world at Riverwood, working with great colleagues and volunteers who are dedicated to a great mission of advancing health care services locally,” Slettom says. “For the past two years, I have dedicated much time and energy to the Better Together Capital Campaign to raise funds for the $21 million hospital expansion and renovations in Aitkin. It’s been an honor to work for an organization that is focused on the future of health care.”

Michael Hagen, Riverwood Healthcare chief executive officer, adds: “John took on a huge challenge to launch a major capital campaign to support our hospital expansion project in a very short window of time. A testament to his leadership is that the Better Together Capital Campaign has been very successful, with more than $1.6 million of the $2.2 million goal raised to date. We wish John all the best as he moves into retirement.”

Slettom will remain in the area on the Slettom family farm in Glen as a seasonal resident, spending winters with wife, Jeanyne, in Claremont, California, who will also retire in a few years. He looks forward to staying involved in the local community.