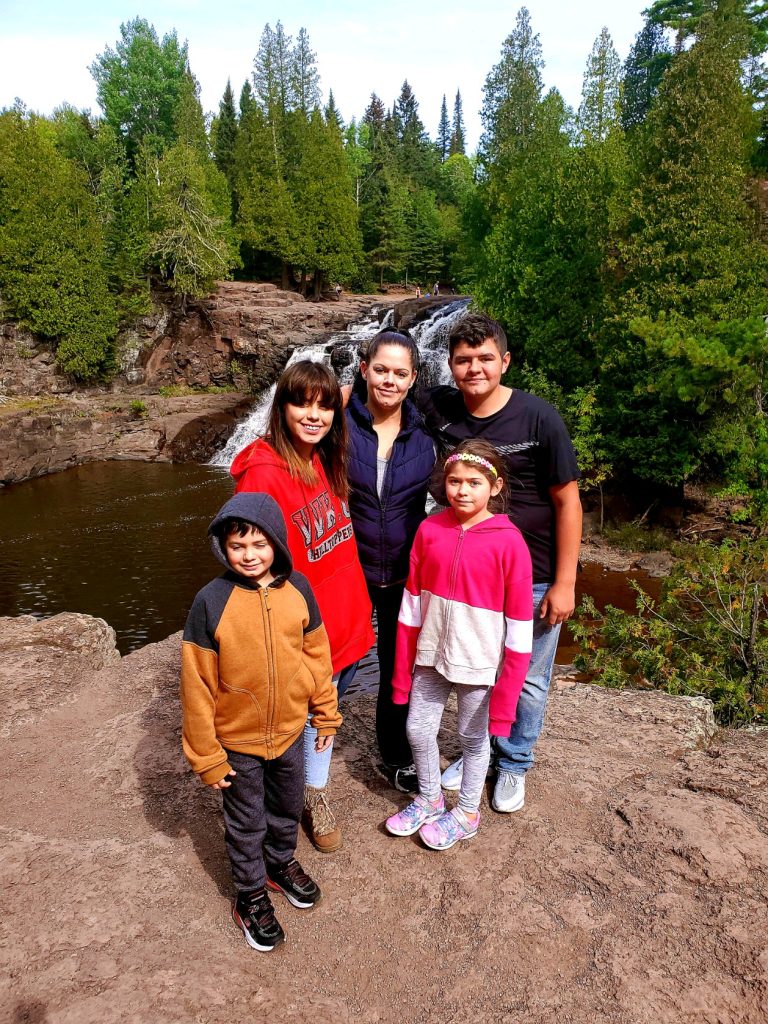 Kristy McDowall has been through the unthinkable not just once but twice. First her two-year-old son Trevor was diagnosed with acute lymphoblastic leukemia. The next four years were filled with fear as Trevor went through treatment after treatment, setback after setback.

Then just before last Christmas, fo ur years after Trevor was officially in remission, his older brother, Junior, was diagnosed with acute promyelocytic leukemia – a completely different leukemia than his little brother. Junior’s still undergoing treatment.

“After you get over the trauma of hearing your child has cancer, again, you think ‘I’ve been through this. I’ve got this,’” Kristy said. “But I found out how different Junior’s treatment would be. Nothing is the same.”

Junior’s treatment should only last six months, and while it’s much shorter than Trevor’s, it’s also been much more intense. The 15-year-old has had to give up his active sports life, sitting on the bench and trying his best to get better quick.

Even though the brothers’ cancers and treatments looked completely different, both put the family under intense stress from traveling for care to the fear every time one of the boys comes home with a bruise.

In just the first month of Junior’s treatment, Kristy recalls putting 4,000 miles on her car. For Kristy, a single parent, having a kid with cancer while taking care of her other three children has been a full-time job, adding loss of income to her list of stresses.

But Kristy and her family haven’t been in this fight alone. During both boys’ treatments, the Zachary Johnson Kids with Cancer Fund provided vital support. Not just financially but Kristy shared how much of a relief it has been to the family knowing their community is behind them.

“I don’t think you can understand the relief it brings to families,” said Kristy McDowall, Trevor and Junior’s mom. “It’s something I’ll never know how to thank you for. It’s not something I can ever give back. To have people who are willing to step up and help financially in whatever way they can is a godsend.”

t $5,000. The family had just gone through their own unthinkable situation. At just six months old, their son, Zachary, was diagnosed with acute myeloid leukemia.

“That’s where our hearts were – trying to give back to other families that were going through what we went through,” Jodie said.

Over the years, the fund has grown through community support – especially from Scott and Jodie’s work family at the Office Shop. They launched a cartridge buyback program and found amazing support from their customers and employees.

Today, the fund has impacted 51 kids diagnosed with cancer. For some families like the McDowall’s, the dollars they received helped pay the bills during a difficult time. For others, they helped bring a smile to a kid’s face.

Jodie remembers hearing one story about a young girl whose prognosis wasn’t as good as Trevor and Junior’s. All she wanted was a motorized Barbie car. The Zachary Johnson Kids with Cancer Fund helped grant her wish. Her family remembers the joy on her face as she drove her Barbie car around the house – one of the few things that brought her happiness during her final days.

To apply to the fund, families don’t have to provide anything more than a name, address, diagnosis and doctor’s signature. There isn’t an income verification or agreement of how the money will be spent. It’s truly a gift to be used however the family needs.

“We know these families are hurting and worried. The last thing they need is to fill out a 10-page application,” Jodie said. “We just want to do everything we can to make it easier because we’ve been there.”

Make a difference for kids with cancer
The Riverwood Foundation is teeing up the 2022 Golf Charity Event presented by Kraus-Anderson Construction Company, and this year, every dollar raised will support kids with cancer and their families through the trials and tribulations of treatment through the Zachary Johnson Kids with Cancer Fund.

Join us July 22 at Minnesota National Golf Course in McGregor, Minn. For more information about tickets and sponsorships, contact Katie Nelson, Foundation Director, at knelson2@rwhealth.org or (218) 349-7250.