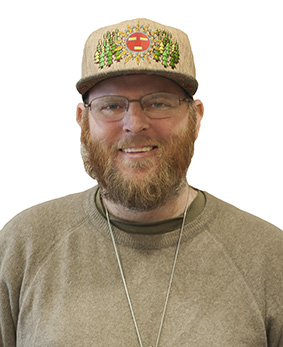 
Four years ago, Nick Coulter was in a dark place, both mentally and physically. Suffering from depression, anxiety, insomnia and psychosis, he was having difficulty eating, drinking and sleeping. On a liquid diet due to swallowing issues and iodine deficiency, his weight had dropped from near 200 to just 120 pounds. Unable to go places on his own, he was homebound and dependent on a caregiver for help with activities of daily living.

“I believe in miracles,” Nick said.” My team at Riverwood Healthcare Center saved my life.” 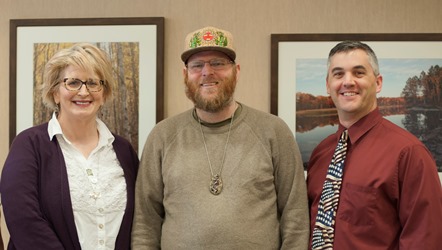 The first step on Nick’s road to recovery was physical therapy with Marc Carley. Experiencing pain in his head and upper body, Nick was having difficulty talking and moving his eyes, neck and head. Marc taught Nick breathing exercises to help get his throat muscles working better. He also trained in a special counter strain treatment method to learn how to best treat Nick’s symptoms.

Marc referred Nick to Janet Larson, psychiatric mental health nurse practitioner, who initiated medication management and engaged Nick in regular intensive counseling sessions to explore his feelings of distrust, anger and anxiety. Several years later, he credits Janet for urging him to not give up, to getting back to doing the things that give him joy. 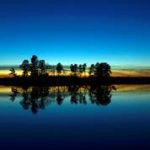 “I think I became mentally ill for a reason,” Nick said. “Now I can really appreciate things that I overlooked before like the gorgeous colors in sunsets and Northern Lights, which I now capture with my camera, thanks to help from Mark Harlow, Nikon pro. I view Mother Nature as a natural antidepressant.”

Nick’s beautiful landscape photographs reflect the hope and light he’s now let into his life. He’s gone from struggling to walk to the end of his driveway to 2-mile walks and downhill skiing again. His latest passion is hunting for agates in the beautiful lakes and woods country he calls home.