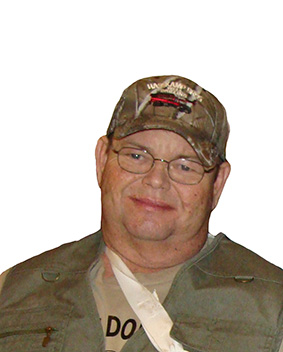 
Kidney care and dialysis is a very personal issue for the Hasskamp family of Aitkin. From the time he was an infant, Dean Hasskamp struggled with kidney disease until he died of complications of renal failure at age 45. Now Dean’s dream of a dialysis unit in Aitkin will become a reality in spring 2019. Teresa Hasskamp, Dean’s sister-in-law, recounted his kidney care story at Riverwood’s 2017 Gala, which raised funds for the new dialysis center that will open in Spring 2019.

“Dean would have been elated to see the progress that is being made at Riverwood with the plans for a new kidney care and dialysis center. He was a three-time kidney transplant recipient and was also a dialysis patient preceding those transplants.

Dean was the son of Lyndon and Maudell (Dotzler) Hasskamp of Aitkin. As an infant, he was diagnosed with a blockage in his ureter, which ultimately caused an infection to spread, resulting in the failure of one kidney and only 35% function of the other one. Even though Dean’s father and sister, Dorothy, were a match, transplant surgery could not be done until he was beyond puberty. At age 16, doctors at the University of Minnesota felt that Dean’s body would be able to accommodate an adult-sized kidney. For 14 years, they had been watching his creatinine and BUN levels, limiting his calcium intake and fluid intake, and nursing his one good kidney along until he finally met the criteria for a transplant. As his creatinine slowly rose due to full kidney failure, he had to be on dialysis until they were absolutely ready for the transplant.

For six months, Dean’s dad and his brother-in-law, Clint, had to drive to the University hospital three days a week, because at that time it was the closest dialysis center available and the only one in Minnesota. They had to leave home early in the morning and drive in all kinds of weather and poor road conditions to get from Aitkin to Minneapolis in time for his dialysis treatment, which sometimes took 6 hours due to issues with his access site.

In 1984, at age 17, Dean received his first kidney from his father. Twelve years later in 1996, that kidney failed, due to repeated infections. This time, Dean was able to go to Miller-Dwan Hospital in Duluth. Once again, he was placed on dialysis—for three years until a new kidney was available in 1999.

That kidney lasted six years. Repeated infections once again, took their toll on the fragile kidney. Dean was able to have his dialysis treatments at the Brainerd hospital until a third kidney became available in 2006. When this kidney began to fail in 2009, Dean decided that he could not go through with another transplant. The effects of chronic kidney failure had taken a great toll on his body. He would need kidney dialysis for the rest of his life.

For the next three years, he went for dialysis treatments in Brainerd. Sometimes he was able to drive himself, but most times his dad was with him until his own health began to decline. Then, as a family, we took turns taking him to his appointments.

Because of all that he had been through with kidney disease, Dean was very passionate about getting a dialysis center closer to home. He knew it would not happen in his lifetime, but it didn’t stop him from lobbying for it. His goal was to be able to help others who needed dialysis.

Thank you to the Riverwood’s board and administration for having the vision to make this possible. We are forever grateful that his dream will now become a reality.”