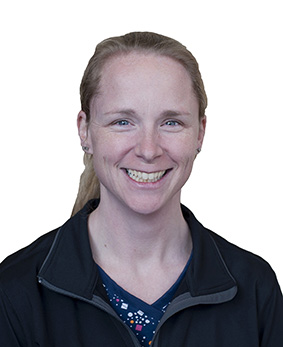 “My symptoms became worse when I was pregnant with my first child at age 27, at which time I was unable to eat and drink any large amounts of tomato products, orange juice or any foods with acid,” Tabatha explains. “I was continually eating Tums to cope with the burning feeling. “

She finally talked to her doctor, who put her on a prescription acid blocker, which helped for many years to control the symptoms of burning, pain and acid taste in throat and mouth.

“When I became pregnant with my second child in 2015, my GERD came back again in full force,” she said. “This time it was so bad that I could not eat anything acid-based and again took Tums through my entire pregnancy. I was not able to eat or drink anything without feeling the pain and burning in my throat.”

Losing weight and feeling she could no longer just “live with it”, Tabatha scheduled an appointment with a reflux specialist at the Minnesota Center for Reflux and Heartburn in Aitkin.

Tabatha underwent three tests, including an EGD, ambulatory pH test and esophageal manometry, to evaluate her symptoms. The EGD revealed a small hiatal hernia, and the manometry showed  poor functioning of her esophagus. Given these results, the reflux specialist explained that medication would no longer help. The best treatment choice for Tabatha was a Nissen laparoscopic fundoplication procedure, which was performed in October 2016.

Tabatha adds: “The recovery time was minimal and there was very little pain. At the follow-up exam a week later I was feeling good.  Two weeks after my procedure, I was GERD-free and have not had any problems with it since then.  I am a much happier person now. I recommend this procedure to anyone who has had GERD.”