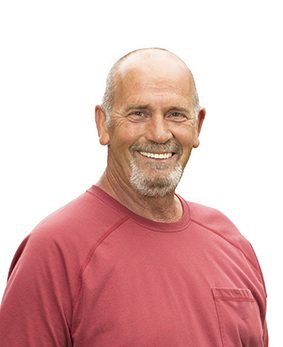 
When Kevin White was examined by a general surgeon at Riverwood Healthcare Center for hernia treatment, he was given two choices. He could have surgery the traditional way with an open procedure or performed with a robotic-assisted minimally invasive approach.

“The surgeon told me the robotic-assisted surgery would be less painful with a faster recovery, so that’s what I opted to do,” Kevin says. “I got to view the robotic equipment before my surgery and it was pretty cool with all those different arms and computer-guided controls.”

Kevin checked in for surgery about 9:30 a.m. and was on his way home by mid-afternoon. The hernia surgical procedure took less than an hour.

“I thought the operation was pretty smooth,” Kevin says. “The entire surgery crew at Riverwood was great. The head surgery nurse came and talked to me before and after my operation. She and everyone in the OR was so nice.”

Kevin had very little pain in recovery with minimal bruising or swelling. At his 10-day post-op check-up, the surgeon told him he didn’t need to be seen again unless any issues arose.

“I’m very happy with my minimally invasive hernia surgery,” Kevin adds. “I only had to have four tiny incisions that healed up so fast. I’ve known guys who have had hernia surgery without robotics and they had much bigger scars and longer healing time.  My incisions are barely visible.”

In addition to hernia repair, the highly skilled and experienced team of general surgeons at Riverwood uses the da Vinci Surgery System to perform other complex minimally invasive upper and lower gastrointestinal operations. This leading-edge robotic surgical system allows a higher degree of precision for surgeons with the benefit of less pain and faster recovery for patients.