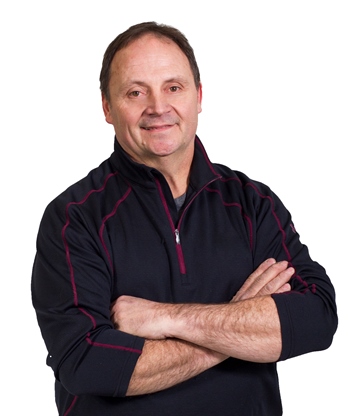 
Joel Hyytinen, owner of Hyytinen Hardware Hank in Aitkin, had a hip replacement at Riverwood Healthcare Center with Dr. Erik Severson in January 2015.

“When my son was younger, I coached peewee hockey. In fact, I actually coached Dr. Severson! I was a real sports guy – played three sports most of my life.

Eventually though, because of the pain in my hip, I was unable to play anymore and I had to quit hockey. The pain got to the point where, when we were in the car, we’d have to stop every 20 minutes just so I could move around.

I first met with Dr. Severson to have x-rays in 2010, but it took five more years until I finally decided to have the surgery in January 2015. The whole process was amazing – from the time I committed until it was all done!

The pre-op education session was very helpful. Everyone who is going to have a joint replacement during the month comes together in a meeting to learn what will happen. There is a nurse anesthetist, surgical nurse, and even someone from the Legion to talk about what aids are available. It was really comforting to have a community that came out of that meeting. Now, many of us who had similar surgeries compare notes, even a year later.

From the second I came out of surgery, I had no pain. I did the exercises – even did extra exercises – but I never took any pain meds. I know I was lucky because it took others longer, but for me, it was incredible!

Now that I’m walking pain-free again, I got to go pheasant hunting for the first time in 15 years!”