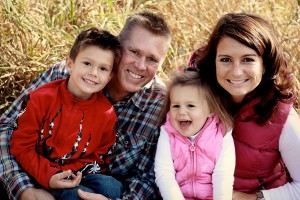 Thanks to Wayne and Janelle Floe and the generosity of the people of the McGregor area, Riverwood Foundation has raised another $25,000 toward its McGregor area goal of $125,000 for the Better Together Capital Campaign to support Riverwood Healthcare Center’s hospital expansion.

In June, FLOE International challenged the McGregor area community with a matching gift of $12,500, which was matched for a total donation of $25,000 from the Floe family. This brings the total raised from McGregor individuals and organizations to $100,044. Recent donations have included $3,000 from the McGregor Lions Club and $1,000 from the Tamarack Sno-Flyers.

“We are so grateful for the enthusiastic support from the McGregor community as well as others in Aitkin County and the surrounding area,” says Jodie Johnson, Riverwood Foundation director.  “Every dollar invested in our local health system will pay dividends for years to come in terms of enhanced patient-centered care close to home.”